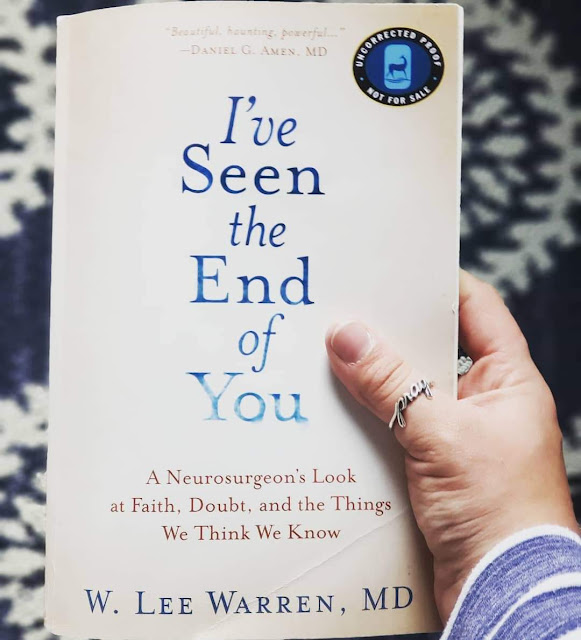 At turns profound and poignant, Dr. Warren draws you into his mind as if we were being allowed to read his diary. He doesn't shy away from the darker parts of his soul, but instead shows us his very human struggle. He doesn't save us from the realities of GBM. Instead, he takes our hand, and gently guides us through the world of neuroscience and the incurable, totally fatal cancer and the doctors that still attempt to wage a war with us. Through it all, he questions faith in prayer, but never in the presence of God.

This memoir wrecked me. While not very long, it took me about a week to read because I just couldn't go to bed with it on my mind--though it has continued to haunt me. Equal parts hopeful and despairing it will make you question the safe, "not my family" bubble we all have to live within in order to not go insane.

While most of the book consists of witnessing others struggle with the end and what he learns from them, it is sprinkled with his experiences as a trauma surgeon in Iraq. He also delves into what nearly shattered his own faith, and how he clawed back.

While never treating his audience like a moron, Dr. Warren also takes great pains to explain his jargon, cancers, and surgeries in layman terms. Which, frankly, makes me realize he is probably an incredible teaching surgeon. He's all scientist and all Christian. And all too often, I find those tend to be the rarest humans--and the most humble.

Fans of nonfiction, Christian, scientific, and veteran novels will adore I've Seen the End of You.

Thank you to Penelope Belnap (Random House) and Dr. Warren for this free ARC in exchange for an honest review. All opinions expressed herein are my own. 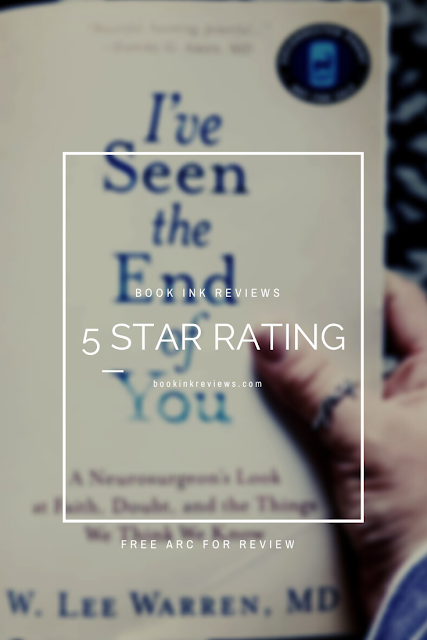