All the stars from my battered heart. In a nation Americans recognize as Enemy, where the government is corrupted and the majority of the people despise us, Silent Hearts beckons us to join Farida and Liv into the daily living of Afghanistan.
Farida is an educated Pakistani. She speaks multiple languages, reads, and writes. And because of her teenage years abroad, she cannot land a suitable husband. Enter in her arranged marriage to Gul, the son of an Afghan strongarm. While we expect this marriage to be miserable, sexist, and terrible, we find that even in the midst of cultural submission, men can still be found that treasure their wives and use the burka as a way to truly protect them from those that use an uncovered face as permission like Western boys excuse a too short skirt as asking for it.
Liv is married to Martin--a college professor with an academic focus of Central Asia as his life's work. And also a man that is as greasy and nauseating as a poorly cooked duck. While Liv is strong, dedicated, and learns more about herself in the sandy and beige world than she ever would have if she had stayed in Philly.
Silent Hearts is an incredible work of fiction that brings you into the fold of families both whole and broken, from different cultures that they cannot truly bridge but yet still finds a way to let a genuine female friendship flourish.
This book needs to come with all the trigger warnings. There is a described sexual assault scene. There is a rape scene, minimally described. There is a rape fantasy (ugh MARTIN). And there are sex scenes, minimally described as daily life, not erotica.
Thank you to NetGalley, Gwen Florio, and Atria Books for this free ARC in exchange for an honest review. All opinions expressed herein are my own. 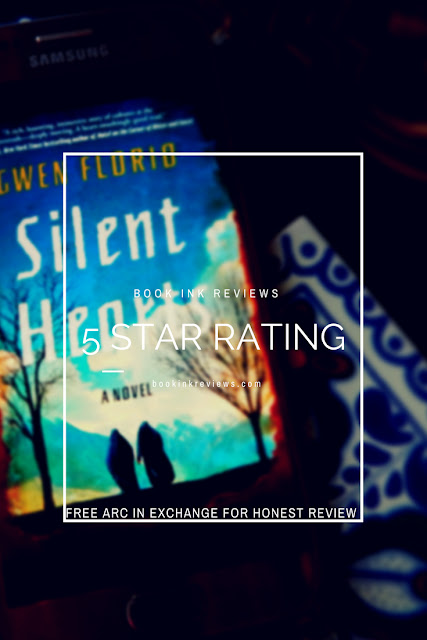