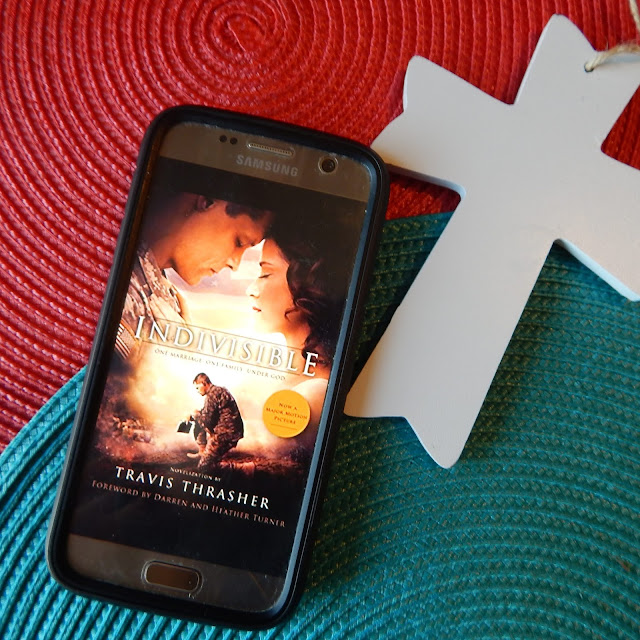 How I so wanted to love this novel. It's military, it's Christian, and it is in the "wrong" order. It is actually a novelization of an upcoming movie by the same name. And that movie looks fantastic. I've been eagerly awaiting it, and when this popped up as a book I knew I had to read it. Check out the movie's trailer to see why this novel was a must for me, then I'll explain the mediocre rating.

Heather and Darren are a true couple, and this is absolutely their story. In fact, most of the novel is a direct copy and paste from their blog posts during Darren's 15-month deployment during Iraqi Freedom. I enjoyed reading these pieces, but felt a little... betrayed? I would have preferred the whole novelization be written by Thrasher so that the voices of Heather and Darren were the same across the board and then told at the end where I could find their blog and read more from the true-to-life people. Instead, we're left with offputting verb tense changes and jarring personality makeups. I still very much want to see the movie, and I think that the story of Heather and Darren's marriage and their own battle at home is a story that needs to be told. It deals heavily with the reality of PTSD and that even when soldiers return home--they don't return completely whole.

The true story and the unflinching gaze into the life of a family deployment gives this novelization all of its stars, but I think this will be one where I greatly prefer the film to the print.

Thank you to NetGalley, Travis Thrasher, and Thomas Nelson for this free ARC in exchange for an honest review.