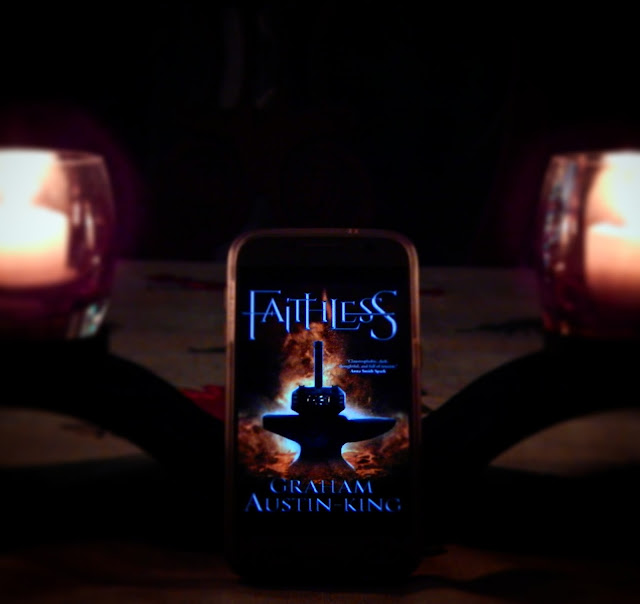 I am at a total loss on how to describe exactly what I am feeling after finishing Faithless. I hated it through nearly the entirety of the book. Honestly, if it weren't for it being a recommendation by my beautiful friend over at My Way By Starlight I would have plopped this on my DNF shelf at 20% and never looked back. Even after finishing it, I still feel like I possibly wasted 10 good days of reading over a book I didn't much enjoy. But then that ending happened.  It wasn't entirely unpredictable. In fact, I guessed both "twists" around the 35% mark. But it was so masterfully done. And I appreciated the philosophy that when humans worship a god, they tend to do it only to use the god. That very fact alone is what gave this book all three of its stars.

Yet the actual star of this show is the amount of time spent building an entirely unique religion in a world that isn't foreign but also isn't familiar. In one small section of the entire globe, you still gain a vast understanding of the driving forces behind the Faith.

Every few chapters the story jumps between Wynn and Kharios. I enjoyed each of their storylines but was always bummed to switch over because there was zero fluidity and made no sense until the actual end. And though their stories were intriguing, the characters themselves were not at all likable and they both could have been devoured by the Utterdark without me caring one bit. But that's also the whole.damn.point. Humans are often awful and in need of serious redemption. Will they ever change, though?  That's the haunting and dark question Austin-King poses and though it seems impossible, it is the god that puts his faith into the faithless, cowardly, selfish humans.

In all, it is one I would never, ever pick up again. But the more you sit and reflect on it, the more you realize the true beauty that was crafted.

Thank you to NetGalley, Graham Austin-King, and Fallen Leaf Press for this free ARC in exchange for an honest review. 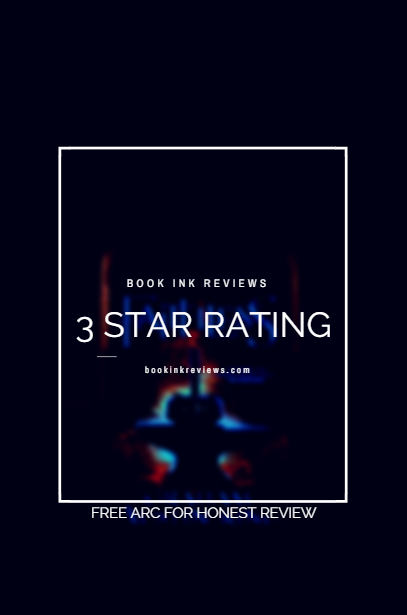