Christmas at the Little Knitting Box by Helen J Rolfe

I am honored to be a small part of this Book Blitz organized by Rachel's Random Resources. Without further ado, Happy Book Day Christmas at the Little Knitting Box!

Christmas is coming and New York is in full swing for the snowy season. But at The Little Knitting Box in the West Village, things are about to change …
The Little Knitting Box has been in Cleo’s family for nearly four decades, and since she arrived fresh off the plane from the Cotswolds four years ago, Cleo has been doing a stellar job of running the store. But instead of an early Christmas card in the mail this year, she gets a letter that tips her world on its axis.
Dylan has had a tumultuous few years. His marriage broke down, his mother passed away and he’s been trying to pick up the pieces as a stay-at-home dad. All he wants this Christmas is to give his kids the home and stability they need. But when he meets Cleo at a party one night, he begins to see it’s not always so easy to move on and pick up the pieces, especially when his ex seems determined to win him back.
When the snow starts to fall in New York City, both Cleo and Dylan realise life is rarely so black and white and both of them have choices to make. Will Dylan follow his heart or his head? And will Cleo ever allow herself to be a part of another family when her own fell apart at the seams?
Full of snow, love and the true meaning of Christmas, this novel will have you hooked until the final page. 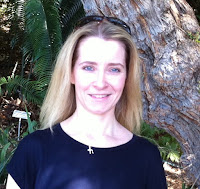 Helen J Rolfe writes contemporary women's fiction with an emphasis on relationships and love. She enjoys weaving stories about family, friendship, secrets, and characters who face challenges and fight to overcome them. Helen enjoys creating strong female lead characters and although her stories often deal with serious issues, they always have a happy ending.

Location is a big part of the adventure in Helen's books and she enjoys setting stories in different cities and countries around the world. So far, locations have included Melbourne, Sydney, New York, Connecticut, Bath and the Cotswolds.
Born and raised in the UK, Helen graduated from University with a business degree and began working in I.T. This job took her over to Australia and it was there that she studied writing and journalism and began writing for women's health and fitness magazines. She also volunteered with the PR department of a children's hospital where she wrote articles and media releases. Helen began writing fiction in 2011 and hasn't missed the I.T. world one little bit, although the I.T. skills have come in handy of course, especially when it comes to creating and maintaining a website.
After fourteen years of living in Australia, Helen returned to the UK and now lives in Hertfordshire with her husband and their children. 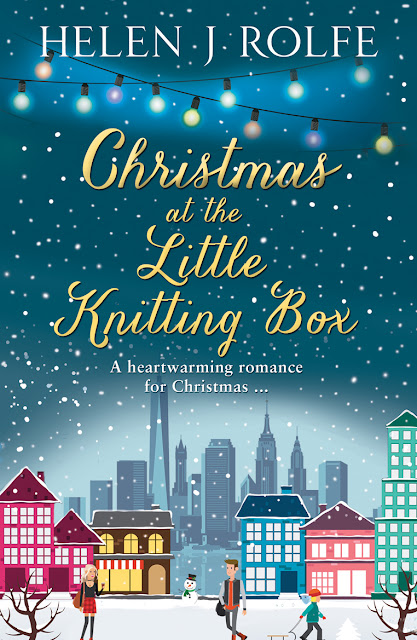 Research for a new book
One of my favourite stages of my writing process is research. I enjoy discovering new places, new things, learning about people and different jobs.
Christmas at the Little Knitting Box is set in New York and although I wasn’t able to go there for my research this time round, the internet, books and television were really helpful. I started by reading travel books about the city which were really informative. I also spent a long time looking at maps of Manhattan, planning where my characters could live, the streets they would walk along and the sights they would see. I also wanted to send my main character, Cleo, out of the city, so again, Google maps was really helpful working out distances and sending her to realistic places.
I’m not a knitter, so I needed to research knitting for this book. I was incredibly lucky to talk to the owner of Loop, a wool shop in London. And, as a bonus, it turned out she was from New York! I interviewed her over the telephone and she answered lots of questions plus gave me extra to think about. In the book, Cleo uses a Vicuna yarn, which is incredibly expensive but very beautiful. It was the owner of Loop who told me about the yarn and I think it’s the small details like this that really make a book and characters come alive. They add colour to a story and help the reader to immerse themselves in the characters’ lives.
As part of my research I develop a kind of CV for each of my characters. This will list everything from eye and hair colour, to job descriptions, character traits and relationship history. I think this is a really important stage of writing and along with the research on knitting and New York, it helped to bring everything together.
I’ve always been what I’d call an ‘over-researcher’ if there’s such a term. Back in the days when I wrote articles for health and fitness magazines I was the same way too, and eventually I reach the point where I feel I’ve done as much as I can do, and then it’s time to plot and eventually write. I definitely like to have a rough plot when I start another book, but it’s not completely set in stone. I also think it’s important to stay flexible when you find your characters doing something completely unexpected!
In early October I went to New York for a week and it was an amazing experience. I did a lot more research too and can’t wait to get back to writing another Christmas novel set in the same city. More on that very soon! 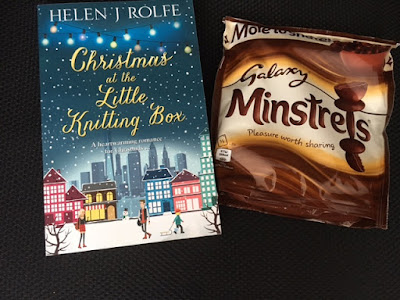