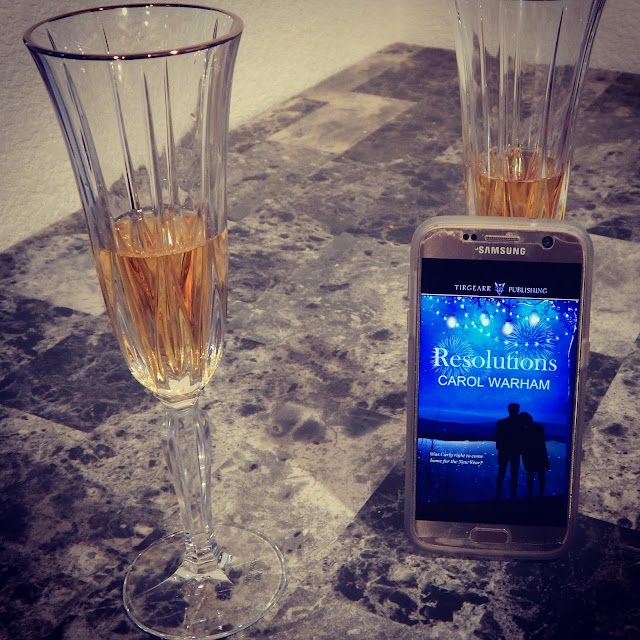 In a sweet New Year's themed romance, Carly learns that the mistake she made the year before does not need to have any bearing on the here and now.
I enjoyed Resolutions for the flowing style and quick narrative. Wrapped in a cute package with a bow at the end is even better--because I like fully resolved endings, let me tell you!
Sadly, though, the only people I really liked were Ben and Maggie.
Steve was slimy. And I was continually frustrated that he had the wool over everyone's eyes. There was no way everyone would be blind to the pig, but such was the case.
Emily was as fickle as they come when it comes to "best" friends.
And Carly... well, she learned from running and not to let history repeat itself, but she continued to make very immature decisions throughout the book that caused more waves before the boat could be righted. In the end, though, I was proud of her for standing on her own two feet.
The romance was sweet and had a few steamy moments, but was also fairly instantaneous-- so much so that all the characters make reference to how quickly it happened. Because of this, though, it was redeemed because sometimes love just finds you and you know right off.
In all, this New Year's when you're focusing on starting fresh in the same area you've always been, give Resolutions a chance to encourage you that it is possible.
Thank you to Carol Warham for providing this free ARC in exchange for an honest review. 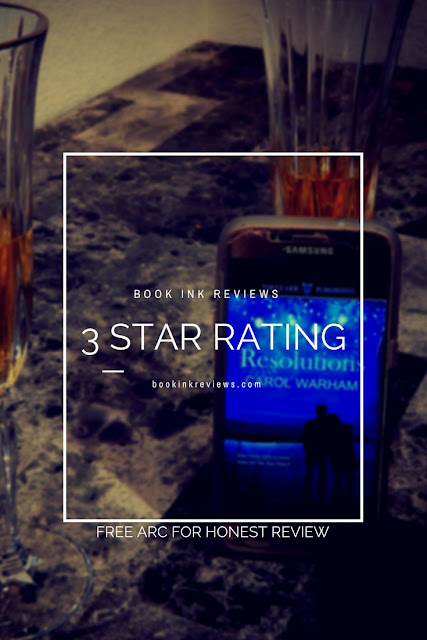