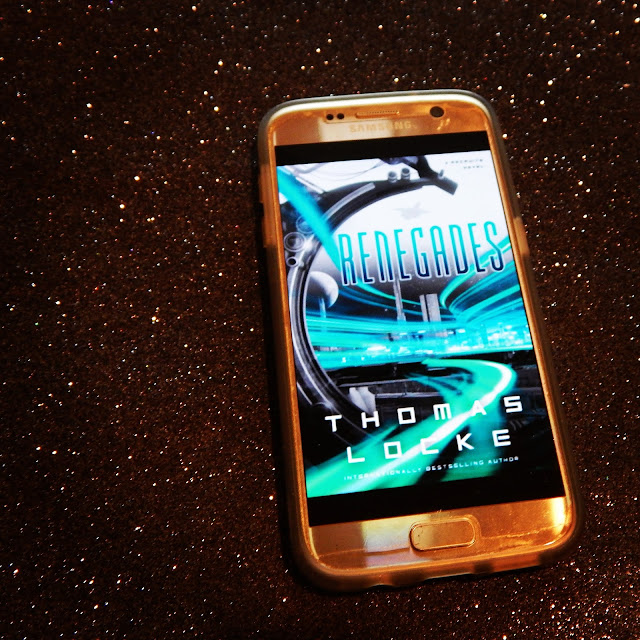 ) meet, Thomas Locke's Renegades emerges as spectacular and original science fiction to stand among the giants.

Renegades is the second book in a series, but I can attest that it reads well as a standalone. There are hints back to Recruits

, but this is a brand new adventure for our twins, Dillion and Sean, with the addition of Logan. All three young men are likable, mature, and dedicated to saving the world. All three have powers to winnow themselves (called ghost-walking or transiting) to different places--and we're talking lightyears of travel in an instant.  With impressive intelligence in military strategy and brute strength to boot, I'd say the worlds are in pretty safe hands.

Though we follow three male leaders, Locke's world is balanced with many strong female leaders as well--all incredibly intelligent and steadfast.  Throw into the mix a sci-fi version of dragons and you've got yourself an engaging read that goes by entirely too quickly.

I, for one, am eagerly awaiting the next installment.

Thank you to NetGalley, Thomas Locke, and Revell for this free ARC in exchange for an honest review. 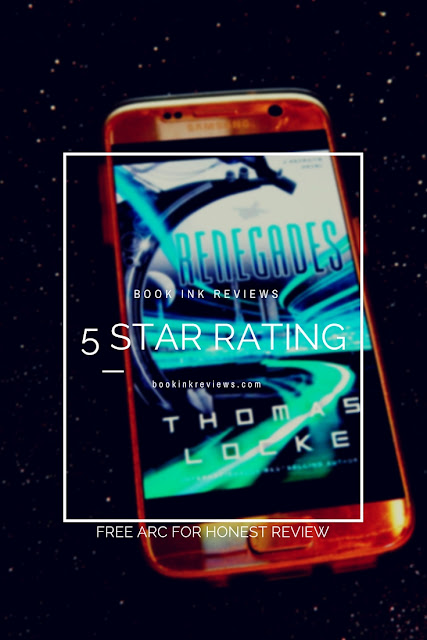