Fans of Pierce Brown's Red Rising Trilogy will be enamored. Though Brown did it better, and the story lines are similar with the ruling upper class being infiltrated by the lowest of the low in a call for rebellion, Amber Sky is fresh and new with that ending.

I was willing to write this one off as nothing special. Taya is the lowest of the low, recruited to become part of the high society and gets the attention of the highest in society.  Darius is... typical. I can't tell you more without risking spoilers. But even in his cliche character, I fell in absolute love with him. And you literally have no attachments to anyone else because they aren't at all fleshed out.
But then that freaking ending. Thanks to it, I am happy to say I did enjoy the book and believe that though the pilot book in the series is good, but not entirely original, the series will be incredibly original, fresh, and packed full of a brand new world. Plus, when an ending can make me angry and then turn around and make me even more angry out of protection for the main characters, you know you've got a good one.
The setting brings to mind a post apocalyptic Victorian Steampunk era with multiple mental images of an orange, foggy sunset as the background. It's clever with world building, and it seems to enjoy playing off of what the UK could become in an end-of-the-world class system.
There is a slow burn romance, but then I felt played with at the end with back peddling. Slow-burn is my favorite type, but once there's a reveal it should stay that way. Unfortunately, this didn't happen. But the book--and over all series--is not a romance. So I can forgive this. Kinda. Maybe. Well, sorta.
In the end, if you enjoyed Red Rising or Victoria Aveyard's Red Queen, pick this one up because you're in for a treat.
Thank you to NetGalley, Claire Warner, and Raven Press for a free copy of this book in exchange for an honest review. 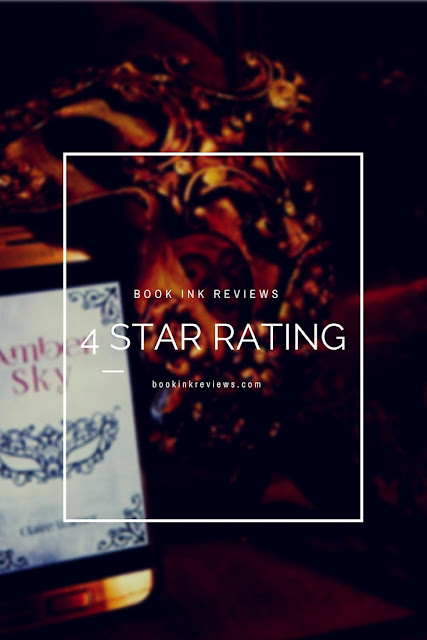