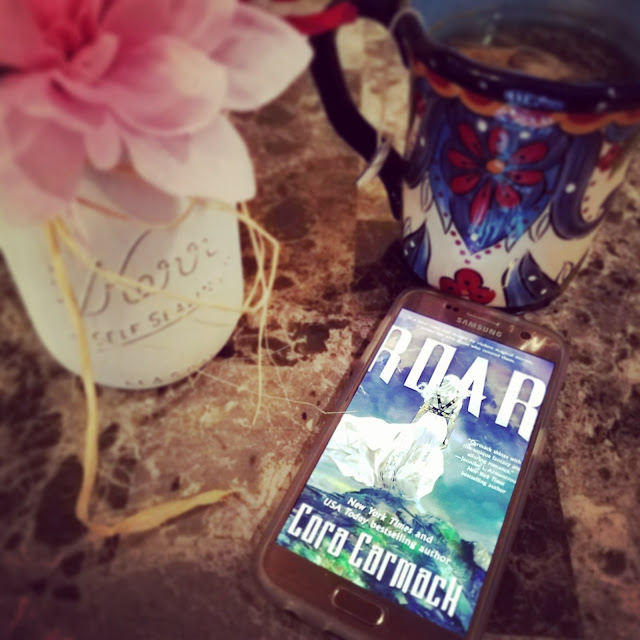 via GIPHY
Y'all. It was just that good. I stayed up until two in the morning again. My kid is going to have a mother surviving on coffee today, and I don't even kind of mind. This book is brilliance in the best form.  ALL of the supporting characters have diverse backgrounds, are their own people, and exist in the world because they are, not just to tell the story of the main character. The plot thickened easily, if predictably, and the descriptions of this world left me with movie-like images in my mind.

THE BIG REVEAL: So, I saw half of this big reveal from about 30% of the way through the story. I saw it so clearly that I found myself getting frustrated when none of these intelligent characters noticed. HOW COULD THEY NOT NOTICE? But then I didn't see the second portion, and with how clever I thought that take on things was, I just moved right along.

CASSIUS: SO. SLIMY. I loathed any time we had to be in his POV. I felt like I had to take a shower after just to get rid of the oily feeling I had while reading it. Daddy issues isn't an excuse, sir. You. Suck. It means he made for a good Level 1 baddie. I'm sure we'll see more of him. Maybe he'll grow.

ROAR:
via GIPHY
Ahhh! This young woman did so much freaking growing in one book. I was so proud of her when she did, well, anything. She, of course, is the classic white and blonde 18 year old that isn't "special" like the rest of the elites. SURPRISE, though! She did everything she could to outshine that flaw and actually knew about it. She didn't think she wasn't pretty. She didn't think she couldn't handle herself (she took down all.the.men.all.the.time) and she never actually thought she was that broken. She just couldn't trust. And based off of all the people that lied to her, no one can be surprised by this.  She is a kick-ass and take names female lead. And I LOVED it. She fought her own battles. She was protected by the group, especially Locke. But it was out of love and not wanting to see her hurt instead of out of the weird possessiveness of Cassius.
LOCKE:

He is not perfect, but man is he swoon-worthy. From Roar's POV we see someone that seems to be a bit of a dick. He pushes, almost too hard, when it comes to working out and getting her prepared for storms. He doesn't always say nice things, and most the time he doesn't even realize he's been hurtful. But he grows. THEY COMMUNICATE that it hurts her feelings and she notices when he is starting to be careful with his words. From his own POV he had insta-lust, but not insta-love, and I am completely and totally okay with this.  You could tell he cared for Roar, deeply, and it was his own fear of finally loving someone else and not wanting him to die that spurred on a lot of the action.  I appreciated his background, his showing to trust first, and the strength he used to protect her AND the rest of the clan, because that is what he does.

This kid had me rolling. He was easily one of the best moments in the book for me any time he showed up. He was funny, engaging, and wonderful to break up the rest of the drama. Then you find out how pained his past is, and your heart breaks for him even more. He's beautiful. And she better not kill him off.

She's her own special kind of bad-ass. She is not without her flaws, but her arrogance and sass is what makes her such a lovable character. Through her character we find out exactly what "it gets better" looks like after having a remarkably difficult childhood. I hope to see much more of her character fleshed out.

He's the wise one of the group. And we know nothing about him. I feel like I know where he is from, and what he is, but those are all just hints from the first book. He is kind, devoted, and a perfect leader for this little family of storm hunters.

Guys, I really don't like her. I love her because she's part of the family. And it ends there. She's mean to Roar, she never learns to trust her, and I secretly think it's going to be due a lot towards secret harbored feelings for Locke. Which just, please girl. She is the other one we know nothing about except that she's good in the shadows. Meaning if anyone has to die in the next book, it better be her. But the author has been so good about fleshing them all out, I'll probably regret hoping that and finally feel some empathy for her.

THE STORMS: This is such a brilliant way to think of them. And I can't say anything because I'll spoil it all. But oh.my.lawd. The STORMS!

ALL IN ALL:
Read it. PLEASE JUST READ IT. 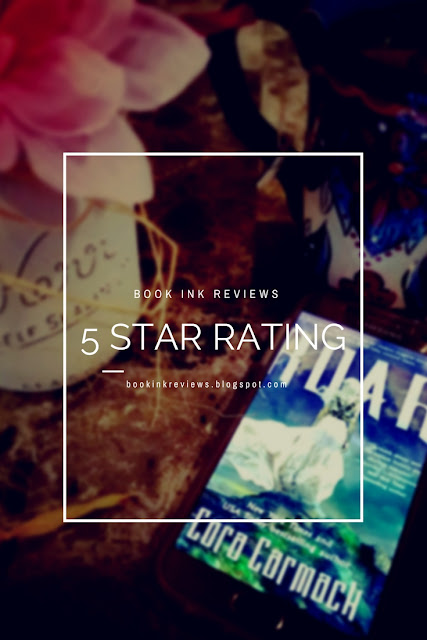