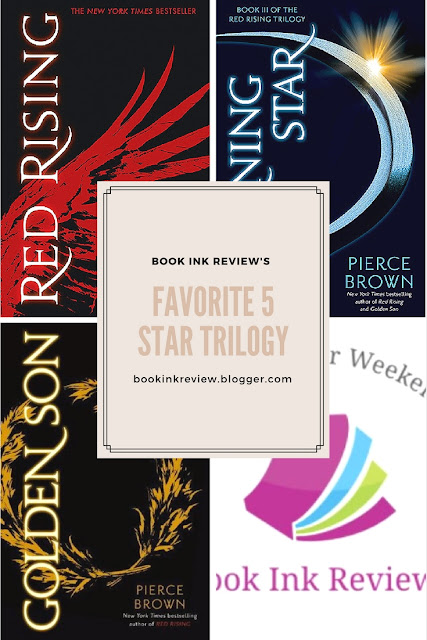 We start out with 16 year old Darrow. He is the lowest of the low on the class system totem pole as a Red. His wife is murdered in front of him, and so begins his rebellion and his metamorphosis into a Gold.

I cannot say enough about this book. It is descriptive and the world building is incredible. The way Brown helps you to feel right along with Darrow in his hatred for the Golds, and then his realization that not all people can be painted with such a broad brush--bloodydamn.

You have't read a dystopian like this, I can promise you. It is a believable new world that begins on Mars.

You haven't had an evil like this in a long time, I can guarantee it. You hate them. All of them. And then you don't. And you're not sure who the actual bad guy is. Because, honestly, only a few are actual bad guys. The rest are just working through a world they have been born into.

You haven't had a hero like--well, yes. You have. He goes from being the lowest to being the highest. And he is incredibly likable, even while making mistakes. But he does make mistakes. He does have a learning curve. And he isn't stuck in his opinions for very long.

If you want a beautiful story with action and gore and a side of morals, pick this book up. You will not regret it.

The second book I could only give 4 stars for two reasons: It's a bridge book, and it shows just a bit at the seams. And secondly, Darrow goes from actually learning to being just fantastic at being a Gold. What made the first book so wonderful was that he wasn't an insta-hero. Now he is, and it was a bit disappointing. But because I loved the first book, I was determined to continue reading and I am so bloodydamn glad I did.

Darrow becomes closer to his close group.
I absolutely adore Mustang and her strength and courage. I love that Brown has made such a kick-ass female character without ever forcing it down our throats that she's a girl. She's just as capable, and more cunning, than any of her male counter parts and I ADORE it.
Sevro has my heart in so many ways. He is the (sarcastic) comedic relief, and more than once I found myself snorting at his dialog. I love his friendship with Darrow and I don't want that to ever change.
CASSIUS. I just. Ugh.
And there are so many more. All in all, this was a great second book in the trilogy, and I am getting sad that this incredible world is coming to an end.

And finally, we have the most epic conclusion to a fantastic trilogy. It has been awarded Best Sci-Fi of 2016 on GoodReads and I am not at all ashamed to say I clicked on it without even reading the other contending titles-- it is that good.
Because Golden Son already moved Darrow to insta-good, I was glad that he stayed REALLY good at being a Gold. But he also started to come full circle and show his faulty side. He made mistakes, BIG mistakes. And he had to pay the price for them. But though all things have proven they can get very bad, Morning Star ends as optimistically as the title hints at being.
I can't say much without spoiling well, everything, because I just adored everything Brown did in this book. From start to finish, he has concluded a series that will stay with me long after I've closed the pages of the book. I cried, I laughed, and I felt good at the end of it all. I didn't need anymore, which I think says more about incredibly talented authors than leaving me with a feeling of want. If I wanted more, the author hasn't done their job of tying everything nicely together in their series. Brown is as talented as they come, and though I am sad that this has ended, it will be one of the few that I will pick up again. 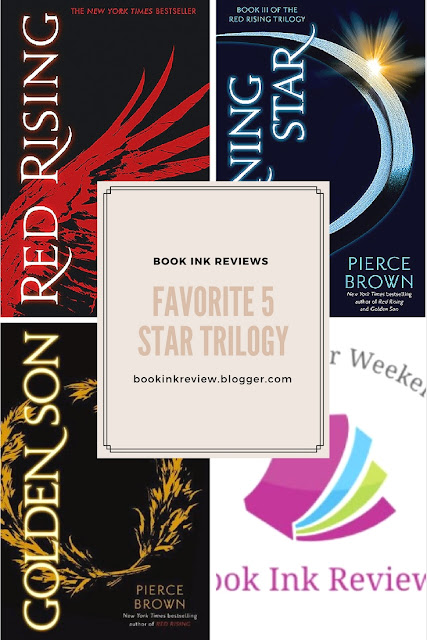